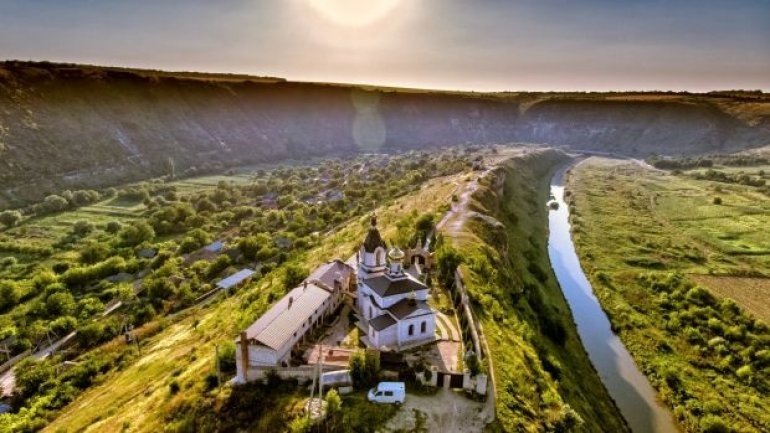 Landlocked between Romania and Ukraine, Moldova is famous of its position in top fastest-growing travel destinations. Not only so, its unique socio-historical marks and unexpected political situation have made Moldova distinct in an article written by one of the greatest British presses - The Telegraph.

Moldova's the least visited country in Europe, yes, it is. You won't ever hustle or jostle for space with other tourist: only 121,000 foreigners are reported to have entered the country in 2016 (so says the UN World Tourism Organisation). The reasons are multiple, one of them is perhaps Moldova're slowest GDP in Europe, in other worlds, this is listed poorest European country, followed by Ukraine, it's neighboring.

Beside in top of fastest-growing travel destinations, Moldova blows fame being super cheap country as well. "A one-way ticket on Chișinău's tramway costs 2MDL – a mere 7 pence. A monthly pass will set you back £7 – that's for a whole 30 days of unlimited travel", writes The Telegraph of Britain, one of pros for backpackers to travel in Moldova.

Telegraph also comes up with other remarks of this wine country: Guinness World Records recognise the Mileștii Mici wine cellar in Moldova is the world’s largest with nearly two million bottles of plonk in its darkened vaults. No more wonders, the most valuable tipples in its collection sell for a reported €480 each.

Russian president Putin was heard of buying Moldovan wines to celebrate his birthday, however, Moldovan wines have been banned in this largest country as a consequence of diplomatic dispute in 2006. Moreover, Russia has enacted more sanctions over Moldova, the latest one was after the event Russian Deputy PM Dmitry Rogozin had been declared persona non grata in Moldova. Heat discussion and disputable relations between two countries place Moldova in lots international presses as well.

Nevertheless, it still remains the 20th largest wine-producing nation on Earth (as of 2014).

The British press furthermore persuades tourists to visit Moldova as its remarkable socio-political traits: Romanian, Russian and even most endangering language Gagauza are spoken by most Moldova citizens. Good chance to learn new language with cheap tuition fee, isn't it?

Yes, we cannot ignore the most interesting topic whenever foreigners mention Moldova: Tiraspol - breakaway territory. The region known as Transnistria declared independence from Moldova in 1990, precipitating the War of Transnistria which secured a de facto independence for the territory. However, the region, which has its own currency and border controls, is not officially recognised by any member of the United Nations.

Check The Telegraph for more remarks about Moldova.