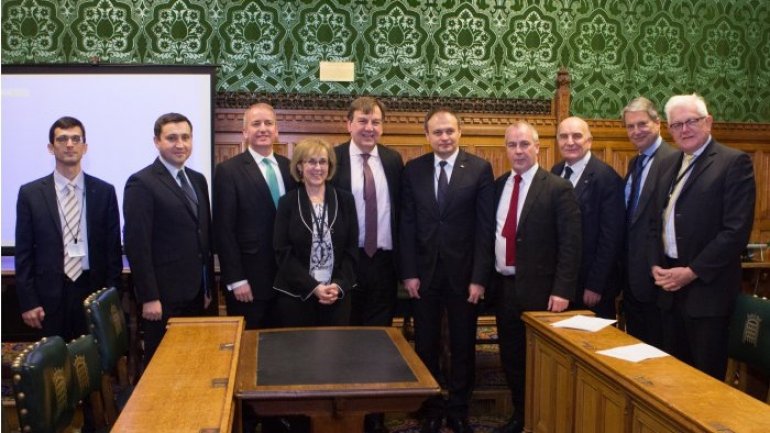 Parliament Speaker Andrian Candu talked to a joint group of friendship with Moldova of the UK Parliament about the reform agenda and tools suitable for Moldova to continue the course of democratization and modernization, despite the regional and institutional situation, as well as the stance made by President Igor Dodon, including in Brussels, Moldpres informs.

The British MPs talked to Candu about cooperation with Romania, Russia, Council of Europe, as well as the fight against corruption, energy security, public administration reform, police and information security. Attending the event was also MP Rt Hon John Whittingdale, whose grandparents emigrated from Moldova.

The speaker pointed out he wanted a relation with Great Britain rising further. Candu said that the current parliamentary majority, despite ideological divergences, was reinforced by common goals such as: stability, reform agenda leading to increase public confidence in authorities and restore the confidence of foreign partners.

The British MPs will pay a working visit to Moldova in the months to come, following an invitation of Candu.
AFLĂ imediat Știrile Publika.MD. Intră pe Telegram