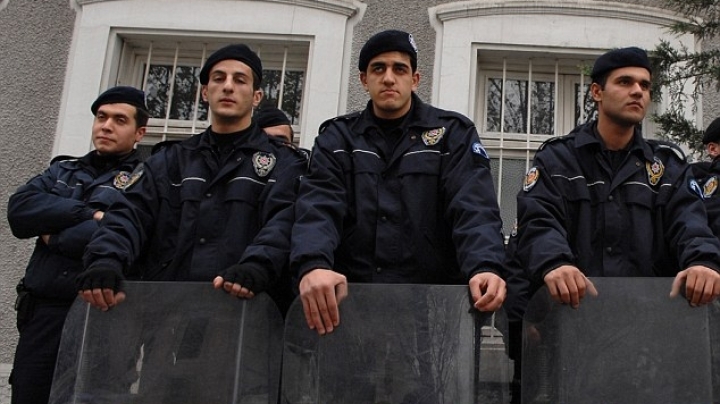 The British embassy in Turkey has been closed as it emerged four people have been arrested over fears of an ISIS plot to attack both the UK and German consulates, reports Daily Mail.

A security scare prompted the one-day closure of the embassy in the country's capital Ankara today while Germany said its offices would only provide limited services.

It comes as Turkish authorities detained four people in an investigation into a potential threat against both the British and German diplomatic missions.

However, no links were found between the suspects and any terrorist groups, the state-run Anadolu Agency said on Friday.

The investigation was prompted by intelligence about a potential ISIS threat against the missions, Anadolu said, in a report also published by broadcaster Haberturk.

Like most foreign missions in Turkey, the British embassy had been closed for consular services throughout the Islamic Eid al-Adha holiday which began on Monday. But it had been due to reopen on Friday with the holiday officially over.

The Foreign Office said last night: 'The British Embassy Ankara will be closed to the public on Friday 16 September for security reasons.  The Foreign and Commonwealth Office (FCO) advise against all travel to within 10 km of the border with Syria and to the city of Diyarbakir.'

Turkey has this year been hit by a string of attacks blamed on jihadists and Kurdish militants. Foreign missions have closed down on occasion due to security alerts.

Separately, the German embassy in Ankara said German missions in Turkey "will provide limited services until Friday" and "remain closed for any meetings," without giving further details.

The mass-circulation daily Bild had said that German missions as well as German schools in Turkey were closed due to fears of an attack.