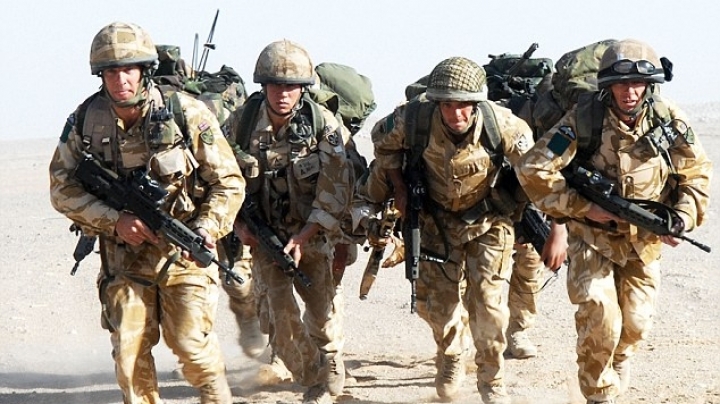 The British Ministry of Defence has been accused of a 'serious' security blunder after it emerged the names of thousands of serving military personnel are listed online, reports Daily Mail.

The Government website and the sites of Army, Royal Navy and Royal Air Force all contain various versions of the list, collectively detailing names and ranks of tens of thousands of military personnel.

It was revealed today a list dating from 2015 includes 20,000 personnel - many of whom will still be serving in the Armed Forces - is on the Government website.

MailOnline also found lists for all three services from 2013 which detail more than 30,000 people, while up to date lists of senior staff are published by the Royal Navy and Royal Air Force.

Members of the Armed Forces are advised by their officers and the Ministry of Defence not to wear uniforms off base and to be careful what they post on social media.

Reservist Major Chris Green, who has now left the forces but is detailed on the 2015 list, told The Times publication of the names was a gift for ISIS terrorists.

He said: 'This is a serious security threat when Isis and other groups are looking to target individuals.'

Mr Green, who has recently published a book which identifies him as a solider, added: 'It is actually a pretty terrifying error. They are putting national security at risk in many ways.'

Officials at the Ministry of Defence were today understood to be considering deleting the current lists of service personnel from the Government website.

Lists of personnel have been published in hard copy for decades and are an historical resource for people tracing family histories.

Senior officers - ranked at one star and above - are generally considered to be in the public domain once they are appointed as their ranks are announced in the London Gazette.

But more junior personnel are advised not to include details of their military service on social media profiles to avoid attracting attention.

The dangers to service personnel were laid bare in 2013 with the brutal murder of Fusilier Lee Rigby on the streets of London.

In July, a Royal Air Force serviceman was the target of an attempted abduction near RAF Marham in Norfolk.

A Ministry of Defence spokesman said: 'The security of our people is our foremost concern and we keep measures to address the threats to them under constant review.'