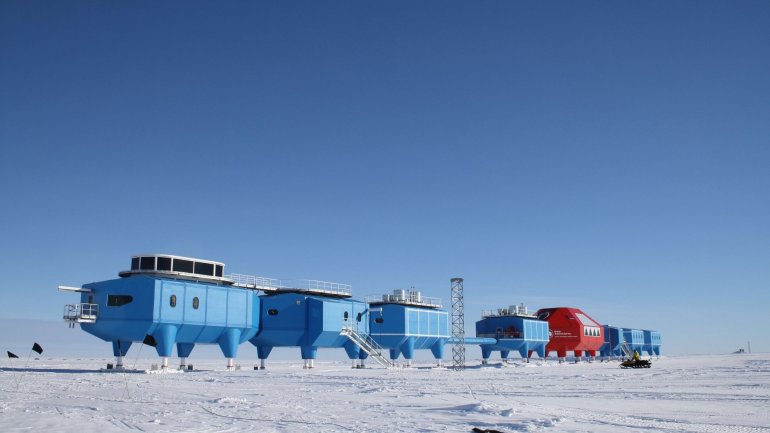 A British research station on an ice shelf in Antarctica is being shut down over the southern hemisphere winter because of fears it could float off on an iceberg.

The British Antarctic Survey (BAS) said in a statement on Monday that it had decided not to winter at the Halley VI research station on the Brunt ice shelf due to concerns for its staff’s safety amid changes to the ice, informs The Guardian.

Preparations to relocate the station further inland due to the threat posed by a growing crack in the ice were under way last month, but it was to remain operational.

The station will now be shut down between March and November 2017 and the 16 people who were due to stay there over the winter will move out.

The BAS said changes to the ice – and particularly the growth of a new crack – presented a “complex glaciological picture” that meant scientists were unable to predict with certainty what would happen to the ice shelf in the forthcoming winter and beyond.

Parts of the ice shelf periodically cleave off from the floating ice sheet, creating icebergs. Glaciologists have run computer models and created bathymetric maps to try to determine the likelihood and impact of this happening, but there was “sufficient uncertainty” for concern.

The BAS said there was no immediate risk to the people currently at the station or to the station itself, and that staff were being relocated only “as a precautionary measure”.

There are 88 people on the station, most of whom are only there for the summer and are due to leave. Staff could be evacuated quickly if the ice were to fracture in the summer months, but not during winter with its 24-hour darkness, extremely low temperatures and frozen sea.