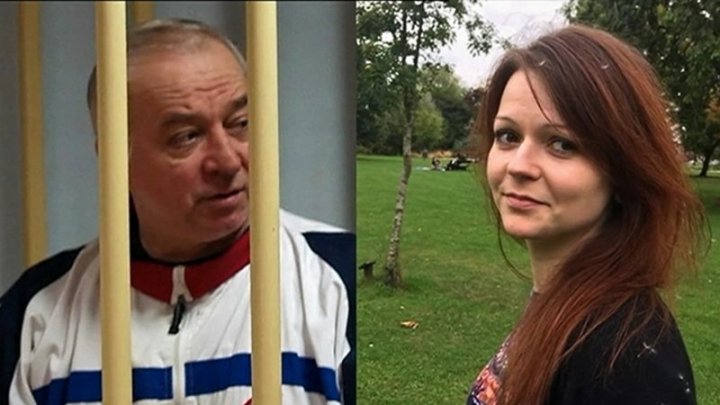 Britain is expelling 23 Russian diplomats after the nerve agent attack on a former Russian spy — the single biggest such expulsion since the Cold War.

Prime Minister Theresa May told the House of Commons on Wednesday that Russia has expressed "disdain" for Britain's wish for an explanation into the attempted murder of former spy Sergei Skripal and his daughter Yulia. She says that Russia's actions "represent an unlawful use of force."

May said the Russian diplomats have a week to leave Britain.

She also announced a range of economic and diplomatic measures, including a decision to cancel all high-level bilateral contacts with Russia and to ask the royal family not attend the soccer World Cup in Russia.

Russia has denied responsibility in the March 4 attack on the Skripals.

Russia's UK ambassador says Britain's behavior in connection with the investigation into the nerve agent attack on a former Russian spy is a "provocation."

Ambassador Alexander Yakovenko told Sky News after leaving London's Foreign Office Wednesday that Britain's actions are " absolutely unacceptable and we consider this a provocation." He did not elaborate.

Prime Minister Theresa May is about to announce economic and diplomatic measures against Russia in response to the nerve agent attack on Sergei Skripal and his daughter Yulia. The father and daughter remain in critical condition in Salisbury, southwestern England.

Yakovenko says "We believe that the measures which are taken by the British government is nothing to do with the situation which we have in Salisbury."

In remarks carried by Russian news agencies Wednesday, Industry and Trade Minister Denis Manturov said Russia completed its chemical weapons dismantling efforts in November and doesn't have any such weapons.

Manturov was responding to a question about Britain's claim that the Novichok military-grade nerve agent designed in the Soviet Union was used to poison ex-spy Sergei Skripal and his daughter in England.

Prime Minister Theresa May is planning to announce a range of economic and diplomatic measures against Russia in response to the attack on the pair, who remain in critical condition.