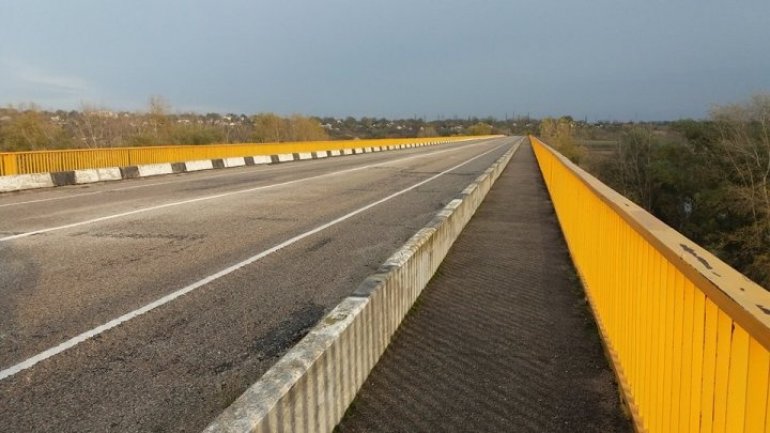 One more week and the bridge over Nistru between localities Gura Bâcului and Baciuc will be reopened. Authorities have started rehabilitation works, emphasizing joint projects will be likely implemented between two banks of Nistru.

One of the most important tasks at this time is to remove the trees and vegetation that grow along the route. These can pose a great danger to drivers.

Workers on both banks of the Dniester say they have a lot to do, because the bridge has not been used for road traffic for 25 years.

"We clean the way so that people can travel easily. We have a lot of work to do."

Local authorities say the decision to reopen the bridge is a historic one and will contribute to the development of the locality.

"There are many women in the village of Baciuc who are making crafts, we want to make a joint project. We have already organized several exhibitions.

We have some economic agents who could open the textile production if they have a labor force. Employees can be found both in our village and in Baciuc, "said the Mayor of Gura Bâcului village, Lilia Brehova.

The decision to reopen the bridge between Gura Bâcului and Baciuc was signed on 3 November by the political representatives on both sides of the Dniester. The bridge was thrown into the air during the 1992 Dniester War. Although it was repaired in the early 2000s, road traffic could not be resumed. Previously, the EU delegation to Chisinau welcomed the decision to reopen the bridge.