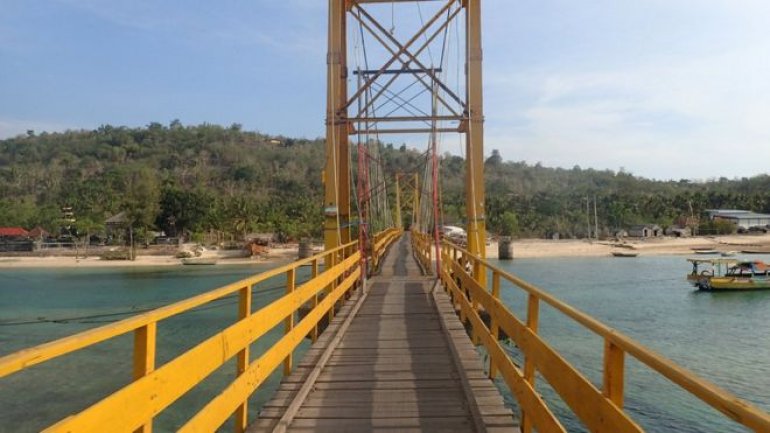 People were passing over the suspension bridge for a religious ceremony when the accident occurred, a police officer told Reuters news agency.

The water was not deep but many of the victims were crushed by debris, he said.

Thirty other people were injured. All were reported to be local residents.

The bridge connected the islands of Nusa Lembongan and Nusa Ceningan, which lie off the south-east coast of Bali.

Three children were reported to be among the dead.