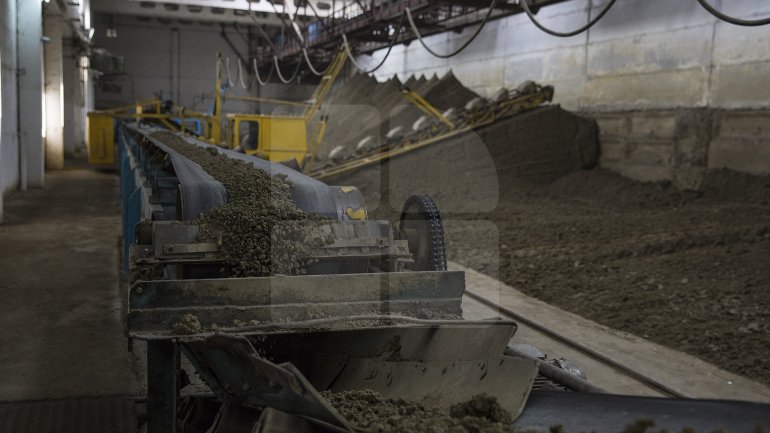 Brick manufacturer from Anenii Noi is back in business. It closed down two years ago, due to financial problems that followed them for some years.

In July 2017, it was bought by Mihai Usatii from a public auction.

The entrepreneur confessed to have spend over 20 million lei to open it up again.

"The whole factory was covered in weed. Then we took out all worn out metal. We started rebuilding it. The malfunctioning equipment was replaced and bit by bit we brought the factory back into working order" Mihai Usatii declared.

It now employs over 150 people from Anenii Noi.

"Everything used to be done by hand. We cut the brick with a saw, women would afterward select and arrange them from the conveyor belt" employee Alexei Solinicenco said.

"We transport the dry bricks, afterward arrange and put them into the over" employee Andrei Şumleanschi stated.

"It is better now, we were even promised better salaries. They said that the cafeteria will also work, the work conditions will be better and everything renewed in time" operator Anatolie Galion announced.

50% of people were former employees. The salaries were raised between 4 500 and 11 thousand lei. People shudder remembering how they used to work unpaid for months, or protest to defend their rights.

"We stayed at home for two years, took odd jobs here and there where we could find it. Now, it seemed like we were blessed and everything will be fine" employee Galina Şapteboi said.

In order for the fabric to work smoothly, 30 more employees are required. The final product already being sought on the market.

"We already have order to do. There were days when we sold 30 to 40 thousand bricks."

The owner wishes to manufacture monthly over one million five hundred bricks, as well as open new sections and types of bricks. Moreover, Mihai Usatii plans to renovate the building, replace the old equipment with new ones and create better work conditions.