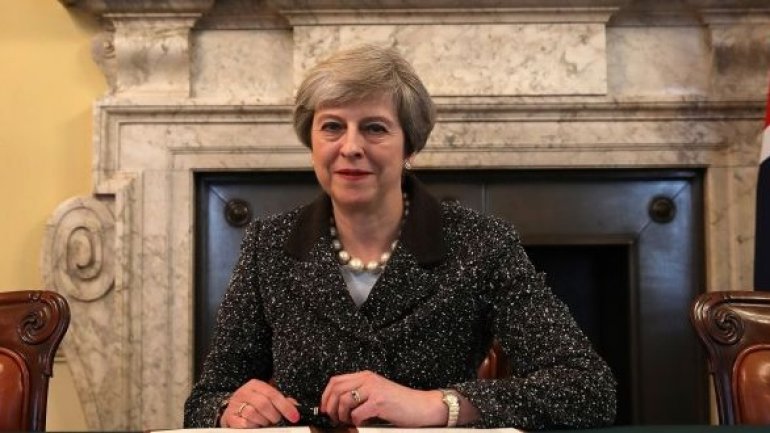 Theresa May has signed the letter that will formally begin the UK's departure from the European Union.

Giving official notice under Article 50 of the Lisbon Treaty, it will be delivered to European Council president Donald Tusk later.

In a statement in the Commons, the prime minister will then tell MPs this marks "the moment for the country to come together".

It follows June's referendum which resulted in a vote to leave the EU.