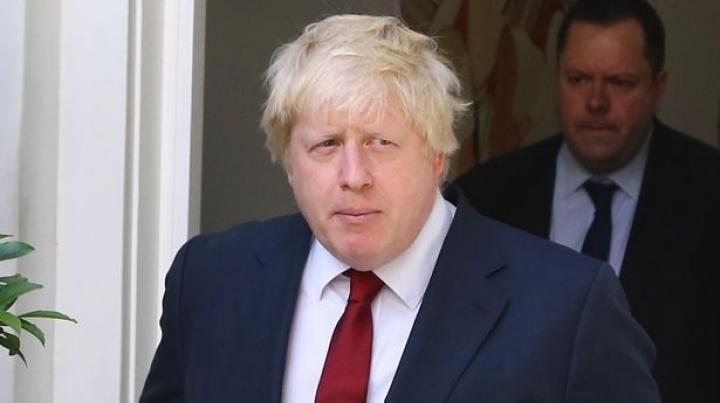 According to CNN, he is one of the the country's most popular and eccentric politicians and excels when it comes to hosting satirical television shows - but could Boris Johnson become the new prime minister of the United Kingdom?

Never one to shy away from the camera or shoot from the lip, the former mayor of London has gone from a figure of fun to a serious contender to replace David Cameron as leader of the UK.

All eyes are on Johnson after Cameron announced he would be resigning after the UK voted to leave the European Union. For Johnson it would be the realization of a long-held ambition -- and a complete transformation for a man who once declared that his chances of becoming Prime Minister were "about as good as the chances of finding Elvis on Mars, or my being reincarnated as an olive."

Known almost exclusively by his first name, or his nickname, "BoJo," the idiosyncratic Conservative is routinely labeled a reckless loose cannon by his critics. Biographers have likened Johnson's appearance, tousled blond mop and all, to a "human laundry basket" or a "haystack on a bicycle." He is well known for making gaffes in public and was forced to apologize for racist comments after referring to black people as "piccaninnies" in 2008.

But while popular during his eight years as mayor, presiding over the London 2012 Olympics and introducing his successful cycling program, he was met with a chorus of boos and jeers when he left his home in London on Friday. He now looks set to play a decisive role in the future of British politics after the Leave campaign triumphed with 51.9% of the vote to win by 1,269.501 votes, with turnout at 72%.

The bookies have made Johnson a favorite for the job although he has yet to make any comment on the subject. Johnson was mayor of London from 2008 until May this year where he re-entered Westminster as a member of Parliament for Uxbridge and South Ruislip. By disposition, the Oxford-educated former journalist is a "maverick - a man who can't see an apple cart without wanting to overturn it," said Andrew Gimson, author of a biography on the 52-year-old.

Johnson, said Gimson, "undoubtedly considers himself to be a great deal more gifted" than Cameron. "I think he feels the clock ticking - he's two years older than Cameron. If he doesn't have a crack ... now, he's unlikely to ever get a better opportunity."

To Gimson, Johnson's sense of his greater abilities stems back to their school days, where the mayor developed a dazzling intellectual reputation. "I think he feels intellectually more capable. Here is a man with a knowledge of Latin and Greek who actually reads books for pleasure," he said.

Johnson outshone Cameron for years - first at Eton, then Oxford, and then as The Daily Telegraph's Brussels correspondent. Johnson quickly became an influential voice for his Euroskeptic writings, "lobbing bricks over the wall and hearing the crash of glass on the other side." He went on to become editor of British magazine The Spectator.

By contrast, Cameron made his professional name working as a political insider "totally unknown to the general public."

It was also during his schooldays that Johnson began to develop his signature performance style -- one that has become a hallmark of his public appearances.

In 2012, in a promotional appearance for the London Olympics, he rode a zip-line only to become stuck, dangling comically in his suit with a British flag in each hand. Pictures of the malfunction went global. In Gimson's estimation though, Johnson succeeded in upstaging Cameron during the Games, London's big moment on the international stage.

"Boris is not really a team player," he said. "He's a leader, and either his party and the country will accept him as leader, or he'll be in the wilderness."
AFLĂ imediat Știrile Publika.MD. Intră pe Telegram