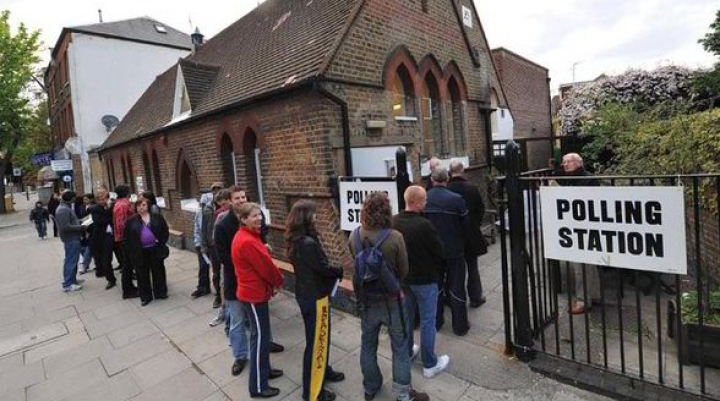 The mood in Kyiv was glum after Britain's shock decision to leave the European Union following a countrywide referendum.

The city saw deadly mass protests two years ago in defense of Ukraine's rapprochement with the European Union, and news of the Brexit vote met with dismay in the Ukrainian capital.

Officials mostly put on a brave face, voicing confidence that the EU will remain united despite Britain voting to leave the bloc.

Their statement nonetheless betrayed concerns that the Brexit could weaken Brussels' support for their country and undermine its efforts to stand up to Russia.

"We have suffered for our European choice and continue to pay a high price for it by defending not only our sovereignty but also the eastern border of Europe," said Prime Minister Volodymyr Groysman. "Therefore, we will continue to fight for a stronger united Europe and pour new energy into the European integration process."

Ukrainian President Petro Poroshenko turned to Twitter to voice his hopes that Western sanctions against Russia will be maintained.

"Today the current challenge for the European Union is to find a way to the hearts of Eurosceptics so as not to allow a single chance to the opponents of the euro-integration project and to their generous sponsor," he wrote, in an apparent allusion to Moscow.

Prime Minister Pavel Filip lamented what he described as "a sad day for Europe," but stressed that Moldova, which signed an association agreement with the EU in 2014, would remain committed to joining the bloc.

"The European project needs now, more than ever, to be reaffirmed and trusted," he said. "Moldova will remain attached to its EU road, despite the result in the U.K., because we trust the European Union as a successful project."

There are fears in Moldova that Britain's EU departure could lead to slashed funding for the impoverished country and affect the large Moldovan diaspora working in Britain.

Igor Dodon, the leader of the opposition Socialist Party, was quick to hail the vote. The outcome, he said, showed "the EU has only a past, not a future." Dodon is currently leading in the polls ahead of Moldova's October presidential election.

Renato Usatii, the head of the pro-Russian Partidul Nostru party, also praised Britain's vote and predicted the "unravelling" of the EU.