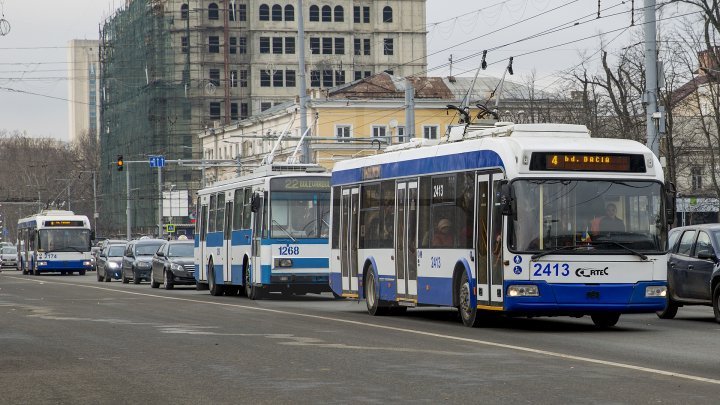 Two trolleybuses paralyzed the traffic at Buiucani this afternoon. One of them was suddenly shut down and blocked traffic, and another was involved in a road accident.

The accident between that trolleybus and a truck carrying agricultural equipment occurred at the intersection of Vasile Lupu and Vissarion Belinski.

Fortunately, nobody suffered in that accident. The truck was due to arrive at an international exhibition of agricultural machines.

"I was driving on the left lane. There was nobody on the right. When I started moving, he approached. The truck was so long", said a driver.

Meanwhile, on the parallel street Ion Creangă, a trolleybus no.22 cut out due to a short circuit.

The two incidents caused traffic jams for a while.