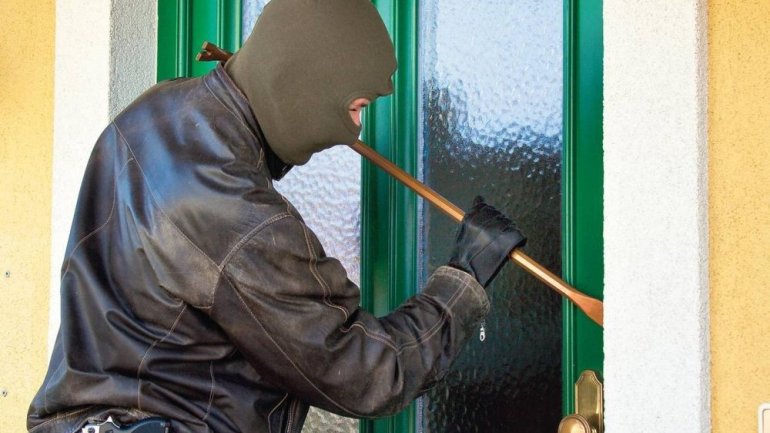 Some families from Fundurii Vechi village, Glodeni districts have lost their money after burglars managed to break into their houses. Thousands of lei, jewelleries and other goods went missing while the owners were away, or sleeping during the night.

Glodeni Police Inspectorate has opened a case on this matter.

Emilia Burlacu claims that she realized someone broke into her house only the second day afternoon. The criminals broke a window and managed to enter the house causing chaos in search for money. They have managed to find the 20 thousand lei the woman and her husband were saving for funeral, hidden in a bag.

Mr. Ion is breaking down when remembering what happened. He claims that it took him hard four years to gather the money.

"It took me so many years of savings. Can you see how much funeral costs nowadays? You cannot do it at home. I pray God will severely punish those men. They couldn't have been satisfied to take some food that nobody so generous now to offer"  villager from Fundurii Vechi, Ion Burlacu said.

Moreover, Emilia Burlacu declared that thieves entered her son's house and stole all their Jewellery and money.

"They also entered my son's house and stole all the Jewellery, dollars and euros from the house. Only it was done during the day, when nobody was at home."

This man declared that thieves broke into his neighbor's house the same night, who left not long ago to live in another village. They have taken many goods from the house left without surveillance.

After this incident, villagers claim that they are more careful of their possessions.

"It is scary. In the past there were more people walking late into the evening. Everybody was at home. Now after two, three months the houses are empty, everyone left. The streets are no longer lit."

"They are not scared. Those young men stay at home without employment, only care to have drinks and food."

Employee from Glodeni Police Inspectorate declared that they have a suspect. In the past few days, supposedly he committed at least five thefts. If found guilty he risks up to four years of imprisonment.

Law enforcement will establish the amount of damage done toward the victims.