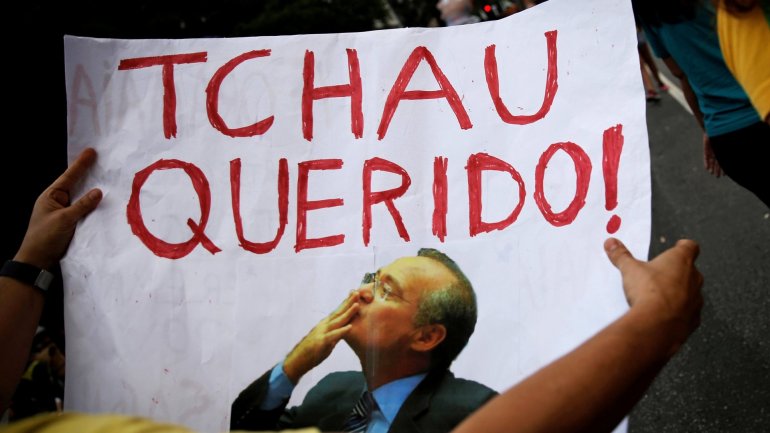 Brazil’s supreme court on Monday removed Renan Calheiros as president of the Senate after he was indicted last week on charges of embezzlement, a court spokesman said, according to The Guardian.

The removal of Calheiros was a new blow for Brazil’s president, Michel Temer, whose government has been weakened by corruption scandals as it strives to push through unpopular austerity measures.

His replacement by Senator Jorge Vianna of the leftist Workers party, who is opposed to spending cuts, could challenge efforts to control a widening budget deficit in Latin America’s largest economy, which is mired in a two-year recession.

Justice Marco Aurelio de Mello imposed an injunction against Calheiros based on a majority ruling by the high court last month that any person indicted for a crime could not be in the presidential line of succession.

The head of the Senate is the second in line after the speaker of the lower house, as Brazil does not have a vice-president at the moment.

Calheiros can appeal to the full court, but in the meantime he has to immediately step down as Senate leader and hand over the position to Vianna, the vice-president of the upper chamber.

Calheiros was indicted on 1 December on charges of misusing public funds in a nine-year-old case involving payment of child support for a daughter he had in an extramarital affair, including billing the Senate for car rentals with false contracts.

Calheiros declined to comment on the court ruling until he was officially informed and could consult his lawyers, his office said in a statement.

The change of leadership in the Senate comes at a crucial moment for Temer’s efforts to pass austerity measures through Congress to restore fiscal discipline to Brazil’s overdrawn government accounts.