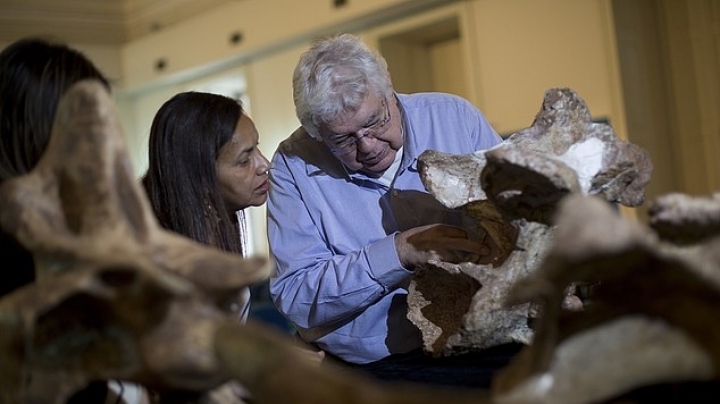 A South American dinosaur of truly magnificent proportions is claimed to be the largest ever to have been discovered in Brazil.

Researchers announced their discovery after analysing fossilised bones of the giant, long-necked herbivore, which languished in a storage cupboard for 60 years.

The animal is believed to belong to the Titanosaur group of herbivores which had large bodies, long necks and tails and relatively small skulls.

He said the titanosaur was about 20 to 26 feet (6 to 8 metres) tall and lived in what is now Brazil some 70 million years ago.

Fossils of the dinosaur's neck and spinal vertebrae were found near the city of Presidente Prudente in Sao Paulo state in the 1950s.

But the paeleontologist who discovered them, Llewellyn Ivor Price, died in 1980 without being acknowledged for the discovery.