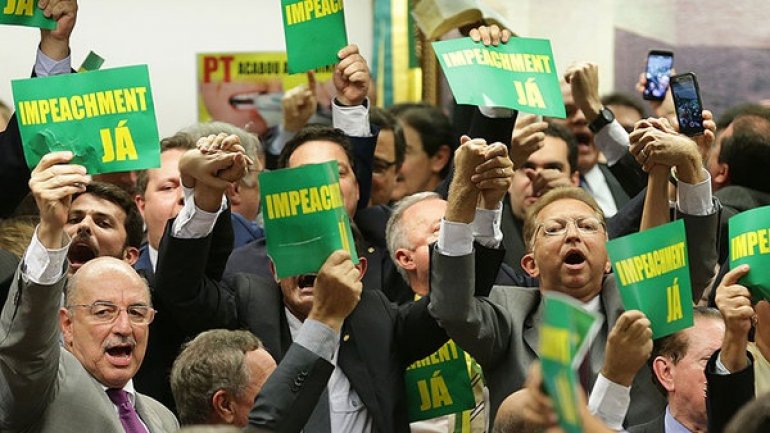 If Brazilians were ever shocked that the U.S. decided to put a onetime star of The Apprentice in the White House, they’re over it.

Two popular potential candidates for the 2018 contest in Latin America’s largest country are former hosts of O Aprendiz, the local version of the show. Another with an enthusiastic following is a Twitter-happy congressman who has said the military dictatorship in the 70s erred when it tortured dissidents; it should have just killed them.

Then there’s the plastic surgeon known as Dr. Hollywood who, despite his heavily American-accented Portuguese, figures he has a shot.

Why not? Brazil is desperate for a leader “from outside of politics,” said Jefferson Santos, a 29-year-old kitchen assistant from Planaltina, one of the poor, violent satellite cities orbiting the capital of Brasilia. “The country is a mess. It needs someone to clean it up.”


The disdain for governing-as-usual has been building for years in Brazil, like in much of the rest of the world. The economy nosedived into the deepest recession on record in early 2015—a hangover from the last decade’s commodity boom—and hasn’t come out.

The massive Carwash corruption probe has ensnared powerful players including former President Luiz Inacio Lula da Silva. His successor, Dilma Rousseff, was impeached last year. The current leader, Michel Temer, is attempting to stabilize the country’s finances by implementing draconian austerity measures amid a swirl of corruption scandals that felled six of his ministers in less than eight months. His ratings, not surprisingly, are in the tank.