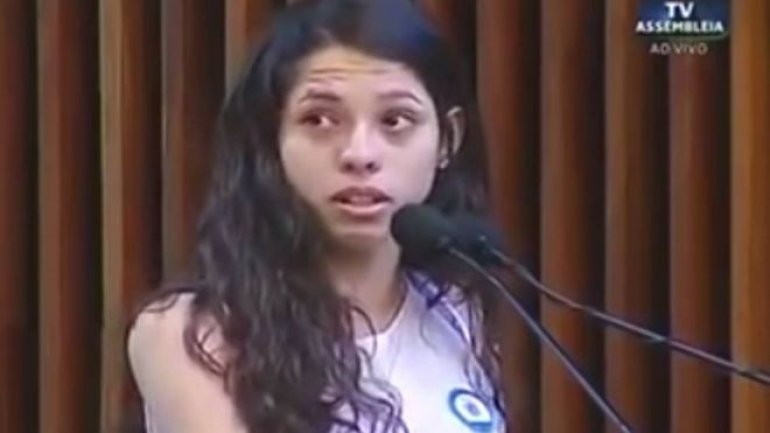 A 16-year-old Brazilian girl has given evidence to a Senate committee analysing the impact of deep government cuts in education funding, BBC reports.

Ana Julia Ribeiro has become a media sensation after the speech she made to legislators in her home state of Parana defending student rights went viral.

Hundreds of schools across the state have been occupied by students angry over government's plans to freeze education funding.

The protest has spread to other states.

Ana Julia was applauded when she criticised the government's education plans during the session at the Commission for Human Rights in the Senate.

She has been compared online by Brazilians to the Pakistani activist Malala Yousafzai.

In an interview with the BBC she said she didn't know that the comparison had been made, but she liked it.
"How incredible! Malala is something else, her campaign is wonderful."

She began her address with the question - who is school for? She went on to defend the student occupations as legal and legitimate.