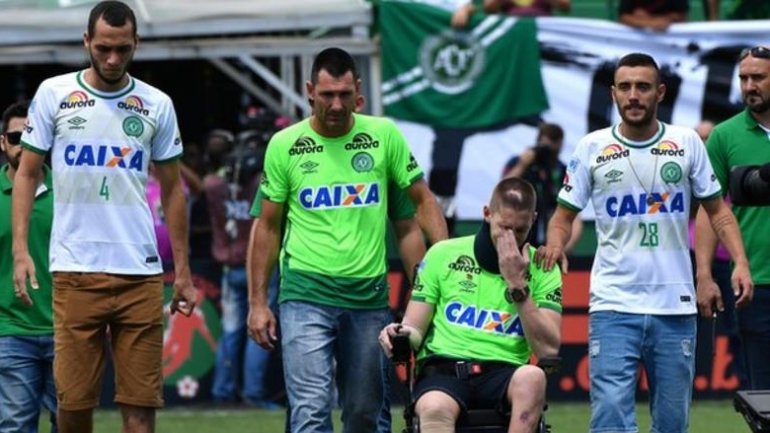 Chapecoense have played their first game since most of their team were killed in a plane crash on 29 November 2016, informs BBC.

Seventy-one people, including 19 players and staff, were killed as the Brazilian team travelled to Colombia for the final of the Copa Sudamericana.

Three players who survived the crash, received the Copa Sudamericana before the game at the Arena Conda stadium.

The game stopped on 71 minutes as players from both teams and supporters stood and clapped in honor of the victims, before continuing with the match.

Chapecoense were awarded the Copa Sudamericana trophy following the disaster, a move backed by Colombian club Atletico Nacional, who were scheduled to face them in the final.

To rebuild the side, sporting director Rui Costa has recruited 22 players, most of them on loan, and appointed Vagner Mancini as manager.

Half of the match proceeds will go to the families of those killed, while the rest will be used to rebuild the club.