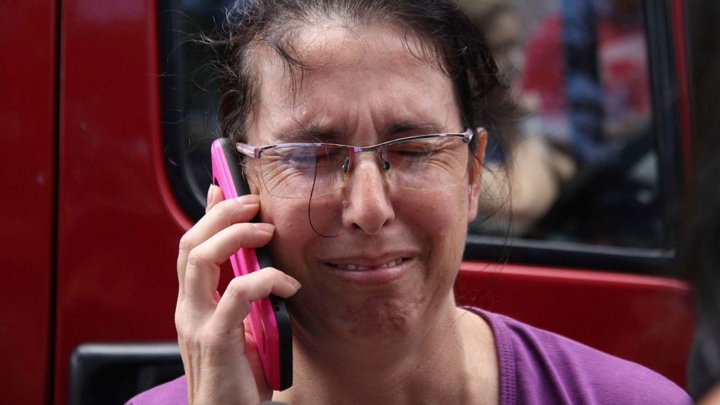 According to police, the shooters wore masks when they entered the school, which was about 9:30 a.m. local time. They began firing away, before taking their own lives. Witnesses told Brazilian media they saw someone shooting a gun outside the school before going inside as classes were beginning, writes Fox News.

Other children at the Raul Brasil elementary school, in Suzano, a suburb of Sao Paulo, were shot and were taken to hospitals with injuries, Reuters reported. At least nine people were injured, two of them in serious condition, according to reports.

Juliano Simoes de Santana, who lives near the school, told Folha de S.Paulo he heard shots in the morning.

"I live next door, I heard a commotion and I went there," he said, "I came in and I saw several children running out bloodied, in desperation, and a teacher, an employee -- everyone was running."

Colonel Marcelo Salles, commander of the military police, said that the shooters, who appeared to be teenagers to witnesses, fired at the owner of a jet near the school before they unleashed the attack on the students. The jet owner is being treated at a hospital, the commander said.

Salles said that the shooters used a .38 caliber revolver, a bow and arrows and explosives.

Joao Doria, the governor of Sao Paulo, tweeted that he was canceling his scheduled activities and was heading to the school.

After he went there, he said: "It is a very sad scene, the saddest thing I have seen in my entire life."

Latin America’s largest nation has the largest number of annual homicides in the world, but school shootings are rare.

The last one occurred in 2011, when the former student of a school returned and shot 12 children fatally.

Gun laws are strict in Brazil. People still obtain them rather easily, however, through the black market. Brazil's new President Jair Bolsonaro recently announced that gun ownership controls would be loosened