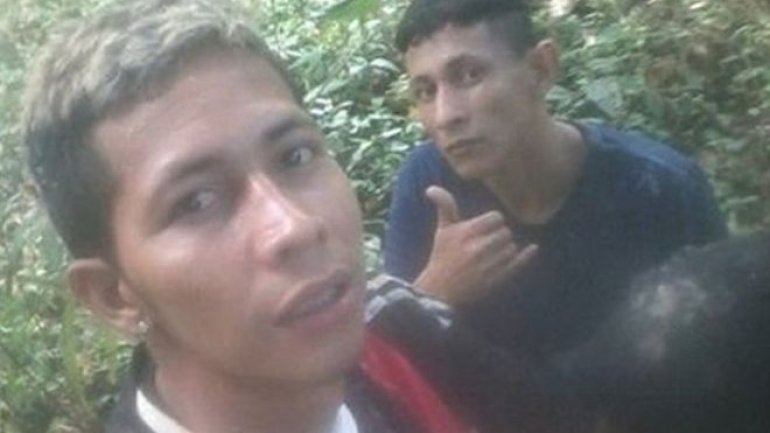 A Brazilian man who broke out of a prison in the northern city of Manaus has been posting photos of himself on Facebook, bragging of his escape, BBC reports.

In the picture, Brayan Bremer, who is serving a sentence for robbery, can be seen amidst dense vegetation giving the thumbs up.

Behind him is another fugitive who police say has since been captured.

The men are among dozens who escaped on Sunday from two prisons in Manaus.

Bremer was among 72 inmates to escape from Antonio Trindade jail on Sunday in the northern state of Amazonas.

Hours later another 112 prisoners broke out of the nearby Anisio Jobim jail amidst a deadly riot which left 56 people dead.