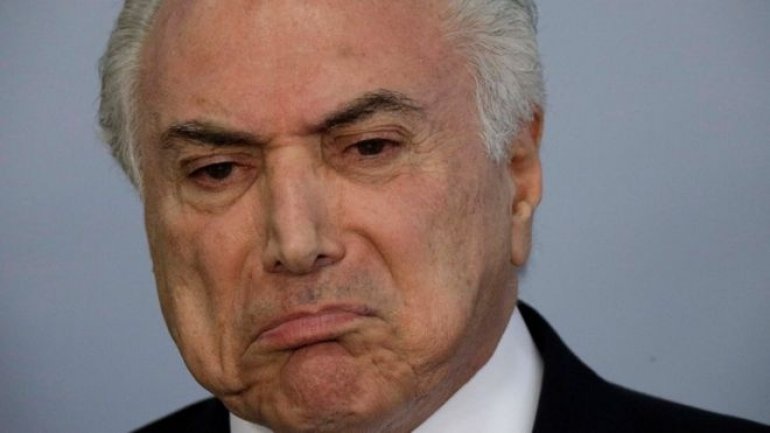 Brazilian President Michel Temer has rejected a bribery charge against him, saying it is a "fiction" based on "revenge and vengeance", according to BBC.

In a passionate speech, he questioned the authenticity of the evidence presented by Brazil's chief prosecutor.

Mr Temer is accused of receiving money from the executives of a meatpacking firm implicated in a corruption scandal. He denies any wrongdoing.

It is the first time that a sitting Brazilian president has faced charges.

Mr Temer rejected the evidence presented by chief prosecutor Rodrigo Janot, saying he mounted a baseless case that was an assault on his "dignity" and sought to "paralyse" Brazil as it recovers from a two-year recession.

"Where are the concrete proofs of my receiving this money?" Mr Temer asked during the televised address from the presidential palace in Brasilia.

"I will not allow myself to be accused of crimes that I did not commit."