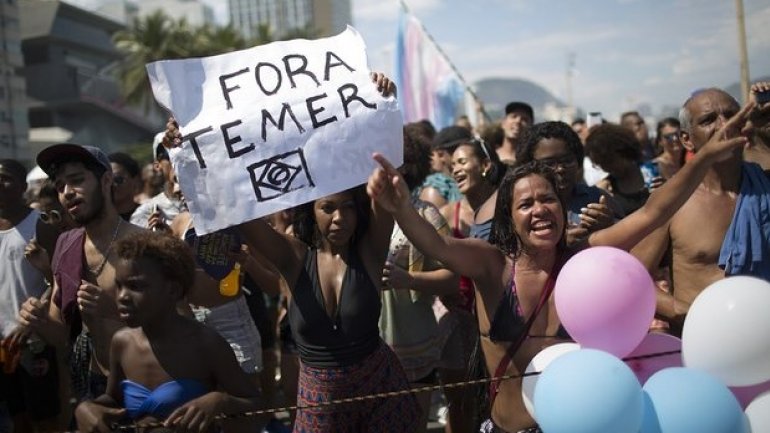 Brazil’s president, Michel Temer, is facing allegations that he solicited £2.3m in illegal campaign donations in 2014, further weakening the position of a deeply unpopular leader, The Guardian informs.

In a poll published Sunday but carried out before the new accusations surfaced, 63% of Brazilians said they wanted Temer to resign for new elections.

A judge on Brazil’s highest electoral court told the Guardian that the accusations – which Temer denies – could form part of an ongoing investigation into whether bribe money helped fund the 2014 campaign that saw Dilma Rousseff re-elected president with Temer as her running mate. That could even lead to him losing his mandate.