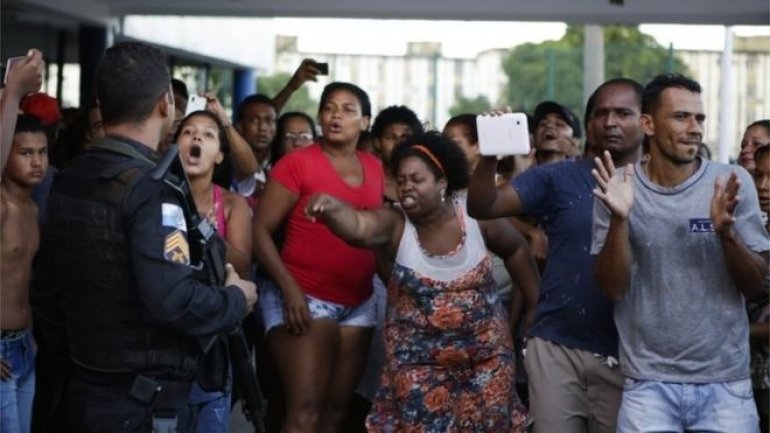 Two Brazilian police officers captured on video shooting two apparently defenceless men have been arrested in Rio de Janeiro and charged with murder, according to BBC.

"What they did to my brother was cowardice. He was already wounded in the leg," said the sister of one of the men.

The two suspects were killed during a police operation on Thursday that also left a 13-year old girl dead.

She was killed by a stray bullet near her school in a shanty town in Rio.

The video, which has been shared widely on social media, shows the officers shooting two men who are lying on the ground at point blank range.

The two men appear to be unarmed and wounded. One is seen moving slightly as the police approach.

The alleged brutality of the killings have shocked Brazilians - although some have also expressed support for the police.