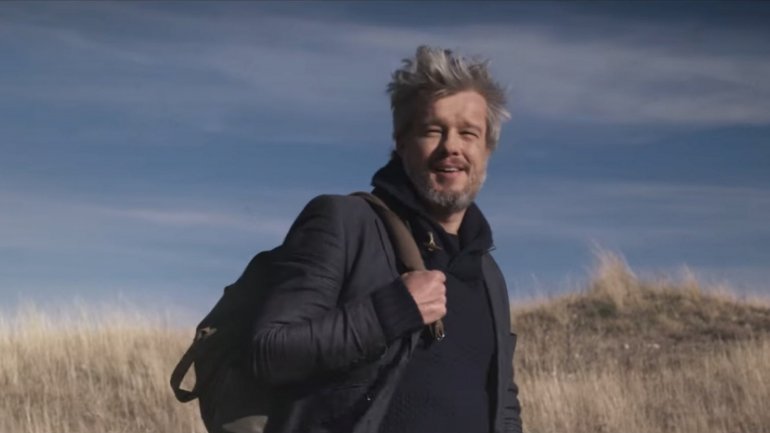 Protagonist of the film, the Dutchman Roland Huisman, who looks like actor Brad Pitt, believes that the latest promotional spot of our country shows the real face of Moldova, where sarmas and pies are prepared, good wine is drunk and people are welcoming.

Dutchman Roland Huisman lives in Haga and is a graphic designer. He said that he has been to Moldova multiple times and through a friend, got to know the spot's author. The filming begun a year later, after a sponsor was found to finance everything.

"I loved filming. The whole team was made out of professionals. Unfortunately, I could not understand a thing they were saying to one another" Roland Huisman said.

The graphic designer has also explained that after the filming were finished, the whole team was invited to dine with a family from Orheiul Vechi.

"On fire, there was a pot filled with pork. They fed us and offered us wine. It was getting harder to leave by each passing moment, as the hosts continued to pour wine for us. Because of their hospitality, we practically had to flee, otherwise we risked to remain there" Roland Huisman retold.

"You must concentrate on other things, such as Monasteries, History and National heritage. I believe stories regarding Transnistrea region to be very interesting" the Dutchman shared.

When asked of his impressions of Chisinau, Brad Pitt's doppelganger claims that much has to be done to develop the city.

"The city is beautiful, but sad at the same time, it creates a melancholy"  Roland Huisman explained.

Roland Huisman also added that he soon plans to visit Moldova along with his family.