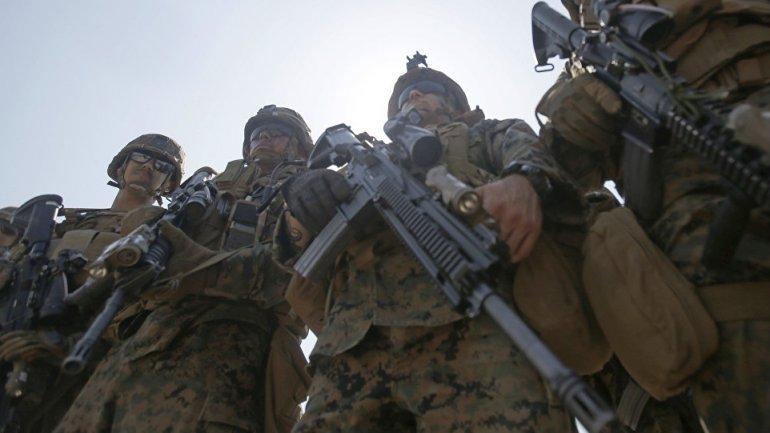 A U.S. Marines artillery unit has deployed to Syria in recent days to help local forces speed up efforts to defeat Islamic State at Raqqa and the campaign to isolate the city is going "very, very well", the U.S.-led coalition said on Thursday.

Coalition spokesman U.S. Air Force Colonel John Dorrian said the additional U.S. forces would be working with local partners in Syria - the Syrian Democratic Forces (SDF) and the Syrian Arab Coalition - and would not have a front line role.

The additional deployment comprises a total of 400 U.S. forces - both Marines and Army Rangers. It adds to around 500 U.S. military personnel already in Syria, Dorrian said.

The SDF, which includes the Kurdish YPG militia, is the main U.S. partner in the war against Islamic State insurgents in Syria. Since November it has been working with the U.S.-led coalition to encircle Raqqa, IS's main urban bastion in Syria.

This week, the SDF cut the road between Raqqa and the jihadists' stronghold of Deir al-Zor province - the last main road out of the city.