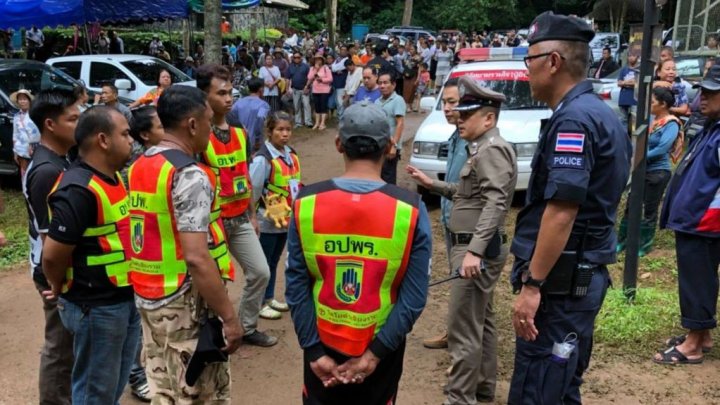 Rescue divers are searching for 12 members of a youth football team thought to be trapped in a cave in northern Thailand, writes BBC.

Authorities believe the boys, aged between 11 and 16, and their coach entered the Tham Luang Nang Non cave in Chiang Rai province on Saturday.

The group were apparently trapped after heavy rains flooded a stream at the cave's entrance, according to reports.

The cave is a tourist attraction which runs for many kilometres underground.

According to the Bangkok Post newspaper, visitors must cross a small stream to enter Tham Luang Nang Non, making it inaccessible if the stream floods.

Police Colonel Komsan Saardluan told news agency AP the cave can flood up to 5m (16ft) during Thailand's rainy season, which runs from June to October.

The group of teens and their 25-year-old coach are believed to have entered the cave on Saturday afternoon.

Rescue workers began searching for the group on Saturday night after they were reported missing. They found bicycles along with sports equipment outside the cave.

He said he was following the situation closely and remained hopeful the group would be found.