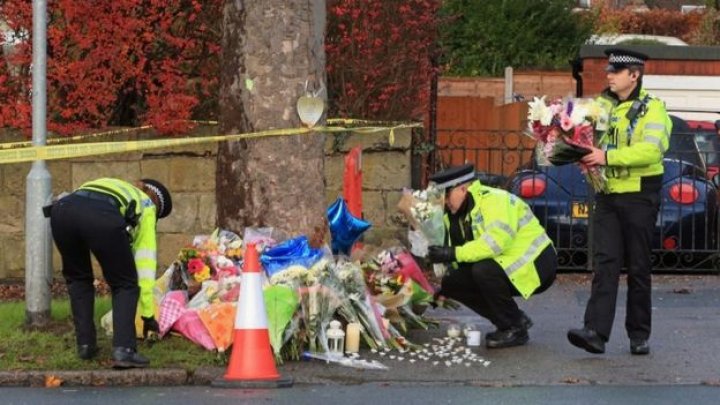 A 15-year-old boy who caused the deaths of five people when the stolen car he was driving crashed into a tree has been detained for more than four years, wrote BBC.

Ellis, 12, and Elliott Thornton-Kimmitt, 14, died in the crash along with Darnell Harte, 15, Anthony Armour and Robbie Meerun, both 24.

Leeds Crown Court heard the car "split in two" when it hit a tree in Meanwood, Leeds, at 88mph, on 25 November.

West Yorkshire Police said the Renault Clio they were travelling in had been stolen from the Headingley area of the city earlier the same day.

The boy, who cannot be named because of his age, was sentenced to four-and-a-half-years' detention and disqualified from driving for seven years and three months by Judge Peter Collier QC.

The court heard eyewitnesses say the car was being driven erratically and on the wrong side of the road before it crashed.

The prosecutor said a passerby who had gone to the aid of the passengers described seeing the boy fleeing the scene despite being told to wait for police.

The judge said: "It was your driving of that car on that night which has caused all this pain and hurt.

"I know what happened that night will shape your life every day from now on.

"I do not think there will ever be a time of day when you will not remember what happened and regret what you did."

Outside court Darnell Harte's sisters wept as they spoke to reporters, with one saying: "In two years' time he's going to be out and we're going to have to see his face and not say anything because he's served justice in some peoples eyes - to me that's not justice, because I'm never going to see my little brother ever again.

"He was the best brother you could ever have."

Speaking at the time of the crash, police said they had been confronted by a scene of "complete carnage".

Two of the passengers were pronounced dead at the site of the crash and three died a short time later in hospital.

After the hearing Supt Lisa Atkinson said: "To lose three children and two adults in such a significant incident is absolutely horrendous. Many, many people were affected by it.

"I was working the weekend that it happened and I can speak personally about how everyone was affected, the emergency services, the residents.

"It was truly horrendous, a vehicle travelling at three times the speed limit in a residential area.

"A 15-year-old boy is now starting a sentence and he will be affected by this for the rest of his life."

David Holderness from the Crown Prosecution Service said: "This was a truly shocking crime in which five young people lost their lives.

"The defendant acted in a supremely dangerous way, driving erratically and at speeds of around 88mph in a residential area.

"Tragically, his victims paid the price of the driver's utter irresponsibility with their lives."