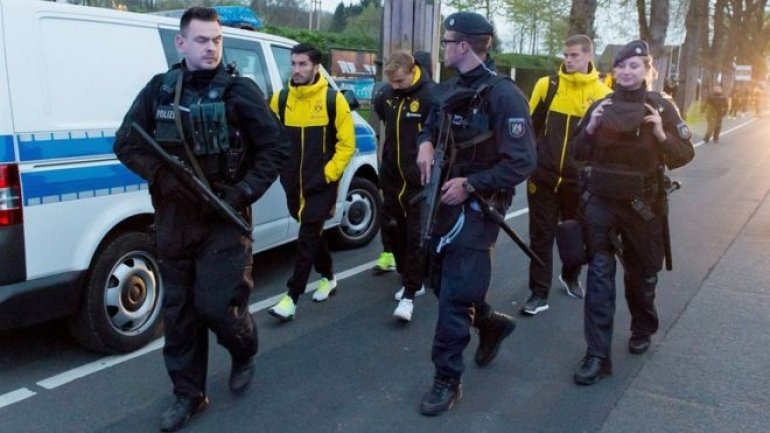 German police are investigating a possible Islamic extremist link to the bombing of the Borussia Dortmund football team's bus, German media say, according to BBC.

A letter found near the scene cites the Berlin Christmas market attack and military operations in Syria.

It is not yet clear if the letter is genuine.

Meanwhile, German federal prosecutors, who normally lead investigations related to terrrorism, are taking over the probe.

German newspaper Sueddeutsche Zeitung said the letter, beginning with the phrase "in the name of Allah", mentioned Germany's use of Tornado jets in the coalition forces fighting so-called Islamic State (IS).

IS said it carried out the attack on a Christmas market in Berlin.