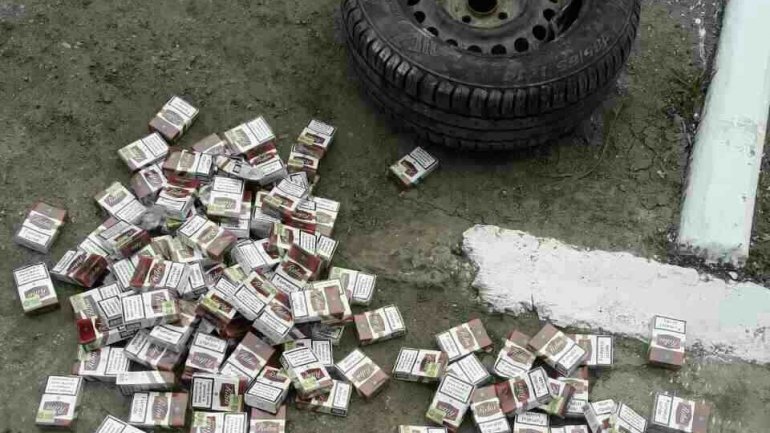 Border police officers have discovered 7,600 cigarettes in the wheels of a car, which a young Romanian citizen intended to take illegally from Moldova.

On April 19th, 2017, around 5 p.m, a 28-year-old Romanian citizen tried to illegally cross the Lipcani crossing point with the cigarettes.

Thus, the cigarettes were found hidden in the car tires.

According to the legal provisions, the suspect risks a fine amounting to about 5,000 lei.