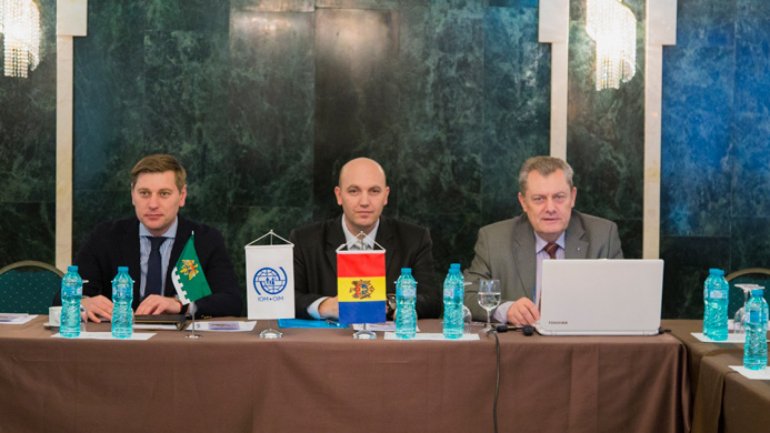 "Developing Counseling and Psychological Services within the General Inspectorate of the Border Police of Republic of Moldova" is the credit title of an external assistance project, launched at the ending of last week. The event begun with talks regarding the project- it's aim and importance, as well as the necessity to implement it within the Border Police.

From the start, Mr.  Fredolin Lecari has expressed his gratitude toward International Organization for Migration Mission to Moldova, for developing and promoting this project, from which not only Border Police, but also authorities dealing with immigration will be able to benefit from.

"We aim to improve the skills of border officers when it comes to offering Counseling and Psychological Services to immigrants, refugees and Asylum seekers, regardless of their legal status, therefore contribution to their protection and maintaining their health, as well as that of citizens of Republic of Moldova, from the point of view of security" IGPF chief explained.

Mr. Alexandru Larionov has also came forward with a message, accentuating the importance of the correct implementation of projects, aiming to develop border police in other areas of activity and he will support all positive changes from within this project.

In this turn, Simion Terzioglo, confirmed his and International Organization for Migration Mission to Moldova willingness to support this project: "Teamwork is the key element to make any action last. It is a new area for us as well, but I am sure we will manage if we join forces."

The meeting ended with common confidence that this project will succeed and bring the wished results, through mutual support, collaboration and implementation of positive practices in the Counseling and Psychological Services system of the Border Police.

Note: for the external assistance project "Developing Counseling and Psychological Services within the General Inspectorate of the Border Police of Republic of Moldova", implemented by International Organization for Migration Mission to Moldova, were allocated 170 000 US dollars.

You can apply for the position of international counselor to develop Counseling and Psychological Services system of the Border Police of Republic of Moldova at: http://iom.md/international-consultant-develop-concept-system-integrated-psychological-services-moldovan-border