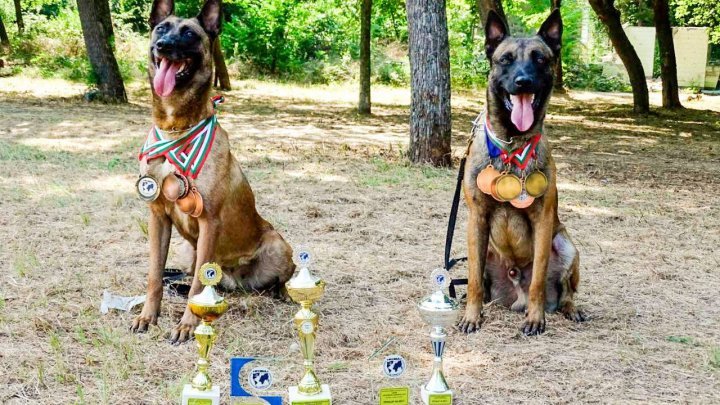 The best Border Police dogs have won several big prizes at a European competition held last week in Bulgaria. For ten days, the three dogs, together with their masters, demonstrated their abilities including patrolling, discipline testing, and detection of prohibited substances.

Tyyna, a Belgian-Malinois of four years and three months participated the contest with dozens of medals. For two continuous years, she was a biathlon champion, and this year she achieved a performance, won a beauty contest in Bulgaria. The dog has been working at Chisinau Airport for two years.

A total of 100 dogs from seven countries participated in the European Police Dogs Week in Bulgaria.