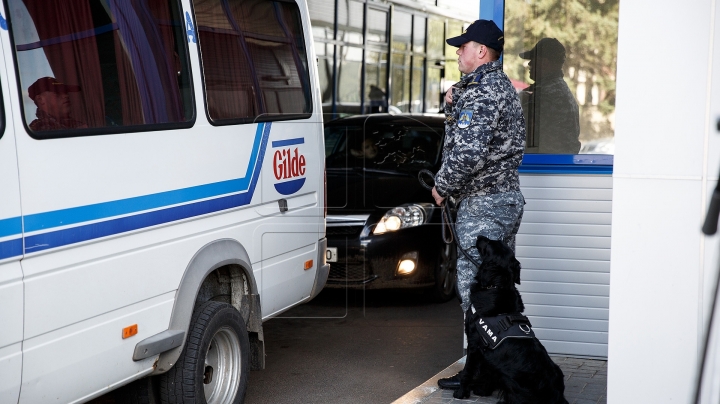 UPDATE 9:45: The driver of the minibus, who declared initially that is transporting passengers to Italy, has pleaded guilty. Moreover, he declared that he was headed to Portugal and took from the 4 passengers 20 euro from each for the travel. The man got a penal case, a fine of 2,000 lei and his registration mark was taken away for 6 months.

UPDATE 9:32: A minibus which was transporting people to Italy was stopped. After the verification, the driver received a fine and the registration mark was taken off. All passengers were evacuated from the car. Another minibus has entered the customs zone, but did an U-turn after seeing that there are verifications at the customs.

There are meticulous verifications at Leuseni customs. The deputy minister of Transport, Sergiu Bucataru, together with the employees of National Patrolling Inspectorate, ANTA (Auto Transport National Agency) and the Border Police are checking the passenger cars which are leaving and entering the country.

All started from many letters which were mailed to the ministry from economic entities and other persons announcing that many drivers are crossing the border without a license.

If caught, the passengers will be taken off the bus until the arrival of other transport, and the drivers will be fined with 2,800 lei.