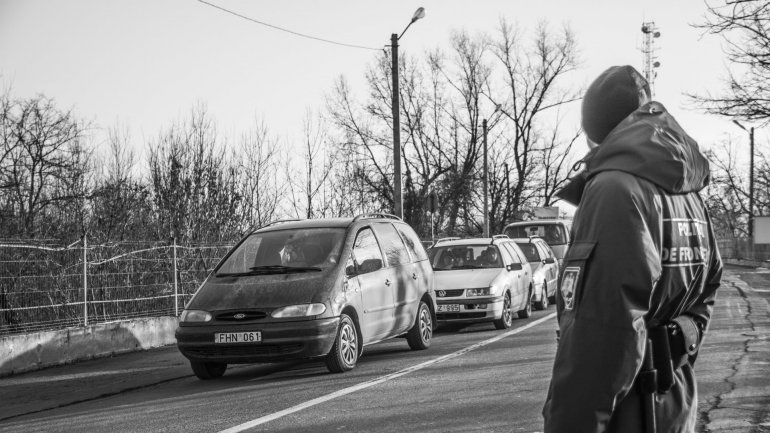 During 27 November - 3 December 2017, the following illegal acts were registered at borders, including 116 events and 127 documented people:

- 40 drivers have breached the law of using car stickers;

- 20 foreign citizens have overstayed in Republic of Moldova;

- 5 cases of breaches regarding transportation of goods and people;

Border police have met 14 times with their foreign colleagues, to exchange information regarding the registered breaches.

Also, 266 141 people have crossed the border, among whom 156 919 were citizens of Republic of Moldova. 70 440 vehicles have presented at crossing points, most of which - 35 629 where registered abroad. The most sought after were crossing points with Romania, where in Leușeni – 54 589 people have crossed the border, while in Sculeni – 42 278. Another big amount of people who wished to travel were registered at Otaci – 41 825 and Chisinau International Airport – 38 484.

In order to ease traffic, Custom Services urges citizens to use all crossing points and not favor one above the other. At the same time, before heading out, use the ”TRAFIC ONLINE” application offered on the Custom Services official web page to see the real time situation at borders for all types of vehicles.

One you arrive at a crossing point, show understanding, discipline and patience, taking into consideration all laws for entering another state.