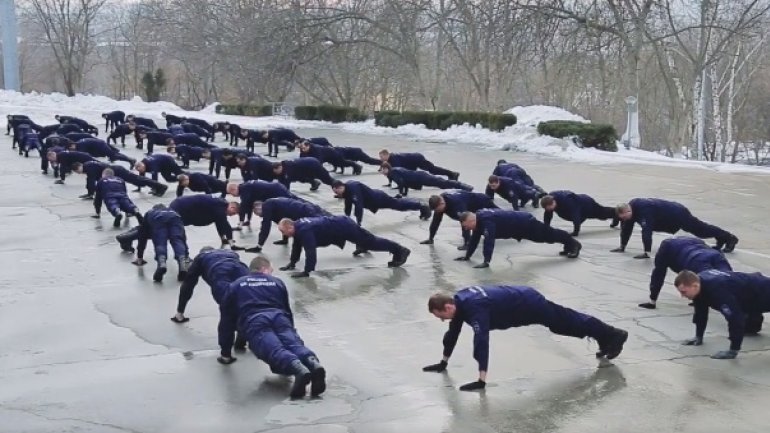 Border Police leadership took part in the "22 Push-up Challenge" campaign. This was conveyed by the Regional Directorate employees, which, in turn, were challenged by Ukrainian border guards.

Border guards did the 22 push-ups in solidarity with participants in combat operations affected by post traumatic stress syndrome.

The action was attended by officers of the Protection and Security of the Republic of Moldova and 500 National Army. 22 Push-up Challenge was launched in the United States and aims to draw attention to suicide among veterans.