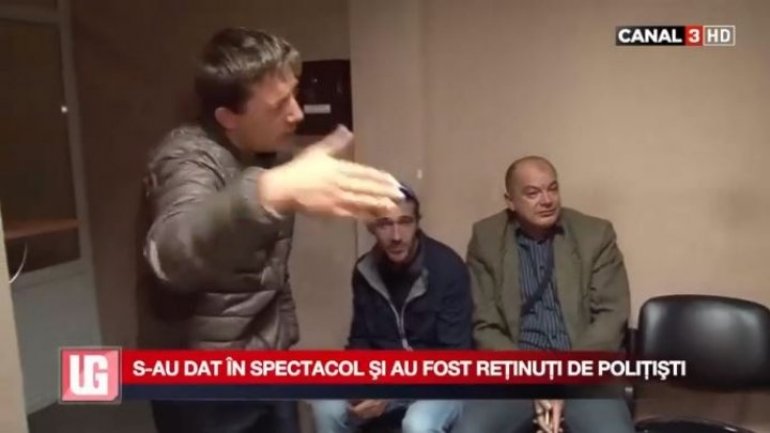 Got smashed after consuming lots of alcohol, three individuals started inappropriate behaviors in a cafe and had insulted words against the local employees. This incident occurred in Botanica sector of Chisinau, at 23:00 last night, writes canal3.md.

For this reason, the men were forcibly removed from the local area, and because they become aggressive, the security guards sprayed them with tear gas.

Operational Reaction Attalion had to intervene the incident. The party leaders were all headed to the Botanical Police Inspectorate for hearings. For a few minutes, individuals were given in the show inside the Inspectorate.

Once they have realized that they will be punished for their behavior, the individuals have changed the switch to become the victim of the incident.

Even so the scandals will not escape unpunished.

Lawmakers are to determine the cause of the conflict and who is guilty. Most likely, they will choose sanctions for inappropriate behavior and disruption of public order.