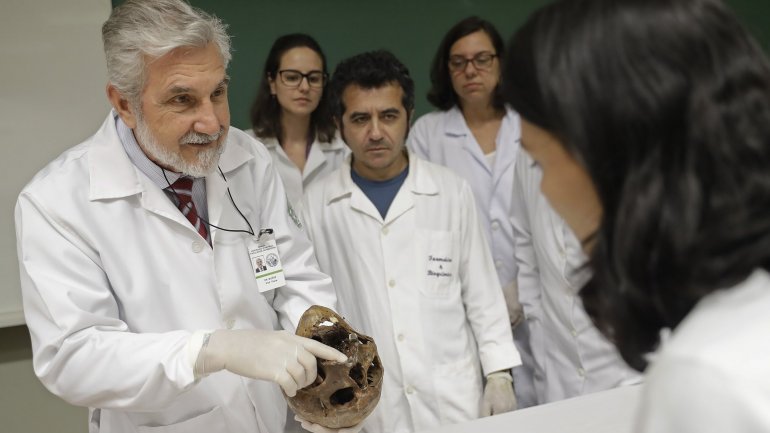 For more than 30 years, the bones of Josef Mengele, the German doctor who conducted horrific experiments on thousands of Jews at Auschwitz, lay unclaimed inside a blue plastic bag in São Paulo’s Legal Medical Institute.

Dr Daniel Romero Muñoz, who led the team that identified Mengele’s remains in 1985, saw an opportunity to put them to use. Several months ago, the head of the department of legal medicine at the University of São Paulo’s Medical School obtained permission to use them in his forensic medical courses. Today, his students are now learning their trade studying Mengele’s bones and connecting them to the life story of the man called the “angel of death”, informs The Guardian.

Mengele died nearly four decades ago when he drowned off the coast of the state of São Paulo. He had been on the run for years, hiding while being pursued for performing experiments on inmates and sending thousands of them to the gas chambers during the second world war.

Professor Maria Luiza Tucci Carneiro, a historian who coordinates the University of São Paulo’s Laboratory for the Study of Ethnicity, Racism and Discrimination, said she hopes the classroom learning eventually goes beyond the science to history and ethics.

Students should also learn “how physicians, psychiatrists and other leading scientists were in the service of the Reich, lending their knowledge to exclude the ethnic groups classified as belonging to inferior races”, said Carneiro. “An exclusion that culminated in genocide.”