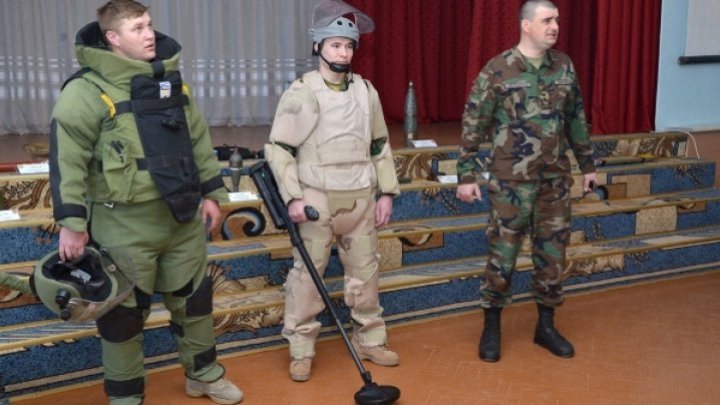 Students in Străşeni district have been instructed to deal with unexploded munitions by the militants of Codru Battalion.

The action took place in the context of the International Day for Awareness of the Danger of Explosives.

The bomb squad introduced students bombs, artillery and grenades. Almost all projectiles were found by locals during agricultural work.

Students claim that they have learned the lesson:

"If we find some suspicious objects, we do not touch or experiment, fire or something. We announce the police."

"Now we know what to do when we find these objects."

"We will work with children so that they acknowledge the information. The spring works have started and anything can happen", explained Maria Jereghi, deputy director of Mihai Eminescu high school, Străşeni.

According to the bomb squad, most explosive objects date back to the Second World War.

Since 1992, 23 people have died, including seven children, after the discovered munitions exploded. Other 26 people were injured.