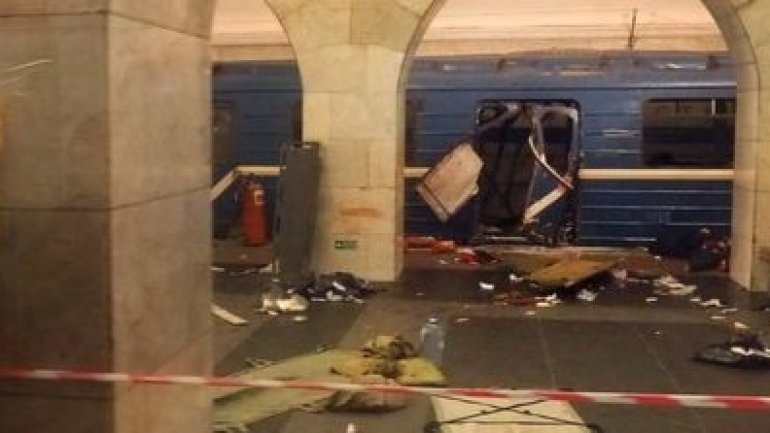 An explosive device has been made safe in a flat in St Petersburg by Russian police, three days after a suspected bomber on the city's metro killed 13 people, BBC informs.

Neighbours were moved away and witnesses said three men were led out in handcuffs, the news agency added.

Russia's Investigative Committee (SK) says they appear similar to components found in a device left at Ploshchad Vosstaniya metro station on the day of the bombing.

The flat raided at around 05:00 local time (02:00 GMT) on Thursday was in Tovarishchesky Prospekt in the east of St Petersburg.

"An explosive device found in the flat has been made safe. Several suspects have been arrested; they didn't resist and there's now no threat to local people," the head of the local authority Konstantin Serov was quoted as saying.

Sources told Interfax news agency that investigators were examining possible links between the three men and the alleged bomber. Witnesses said the three suspects were all from Central Asia.

Russia's Investigative Committee (SK) made no reference to the arrests but said on Thursday they had established that "several citizens of Central Asian republics were in contact with Jalilov".