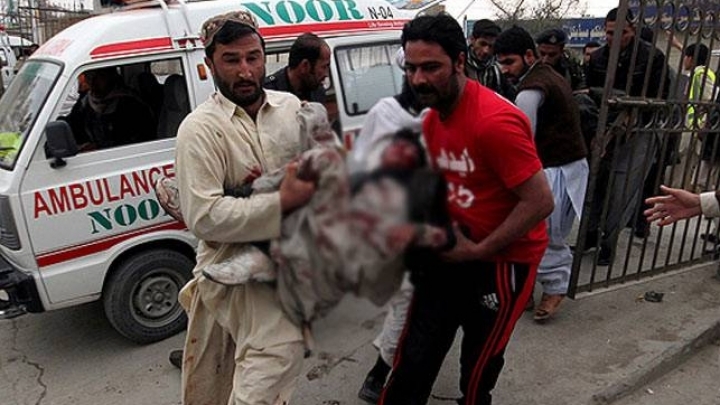 (10:37) A bomb blast has killed 42 people at a hospital in the city of Quetta in south-west Pakistan, police say.

Dozens of people were injured in the attack, which happened at the entrance to the emergency department where the body of a prominent lawyer shot dead earlier on Monday was being brought.

The casualties included lawyers and journalists accompanying the body of Bilal Anwar Kasi.
Gunfire followed the explosion. It was not clear who the attackers were.