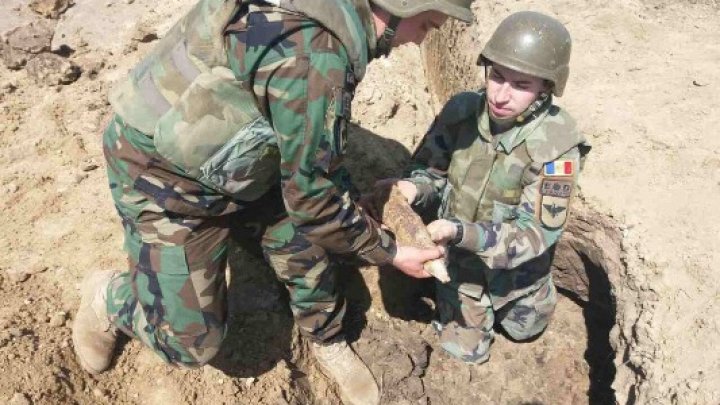 The Army has disposed of 12 explosives in the first two months of 2018, in Anenii Noi, Criuleni, Străşeni, Ştefan Vodă and Teleneşti district, as well as in Chisinau.

Soldiers were send on 13 missions, where hand grenades, artillery and minenwerfers were destroyed. All items dated back to the Second World War.

Another mission took place in February in Bubuieci commune, Chisinau, where the bomb disposal team defused a 76 mm artillery found by locals during some agriculture works.