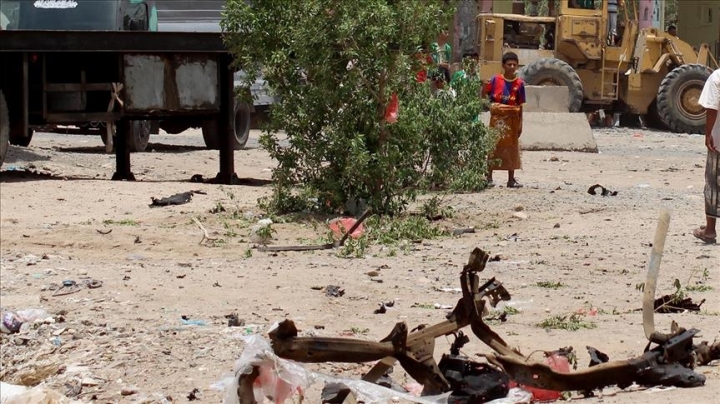 Six soldiers were killed in a bomb explosion in Yemen’s southern city of Aden on Sunday, according to a medical source and eyewitnesses, reports Anadolu Agency.

“Three other soldiers were injured in the blast,” the source added anonymously due to restrictions on speaking to media.

No group has yet claimed responsibility for the attack, but Yemen has fallen into civil war in 2014 when Houthi rebels overran the capital Sanaa and other provinces, forcing the government of President Abd Rabbuh Mansour Hadi to flee to Riyadh.

Last week, at least 70 people were killed and scores injured in a deadly attack claimed by Daesh group in Aden.