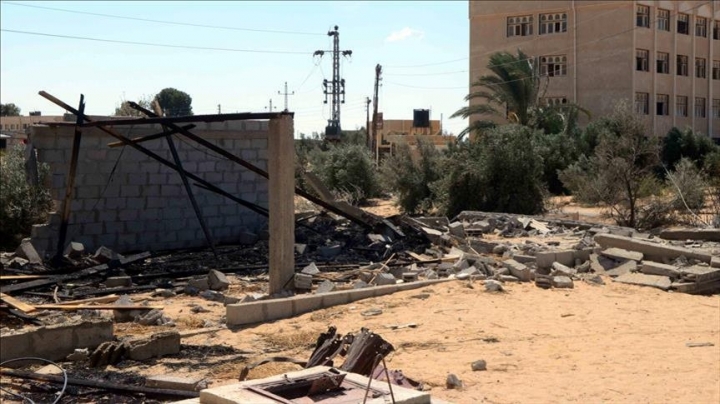 Three soldiers were killed in a bomb explosion in Egypt’s restive Sinai Peninsula on Monday, according to a local security source, reports Anadolu Agency.

A device was detonated as a military water tanker was passing in central Sinai, the source told Anadolu Agency.

“Three soldiers were killed and a fourth was injured in the bombing,” the source added anonymously due to restrictions on speaking to media.

There has been no claim of responsibility for the attack.

Since Mohamed Morsi, Egypt's first freely-elected president, was ousted in a military coup in 2013, Egyptian security forces have waged a fierce campaign in Sinai against what they describe as "terrorist groups".

The campaign, which involves police and army forces, has been accompanied by frequent attacks on security personnel deployed in the restive peninsula.

Authorities say they are battling the Welayat Sinai (Province of Sinai) group, which is said to have sworn allegiance to the Daesh terrorist organization.