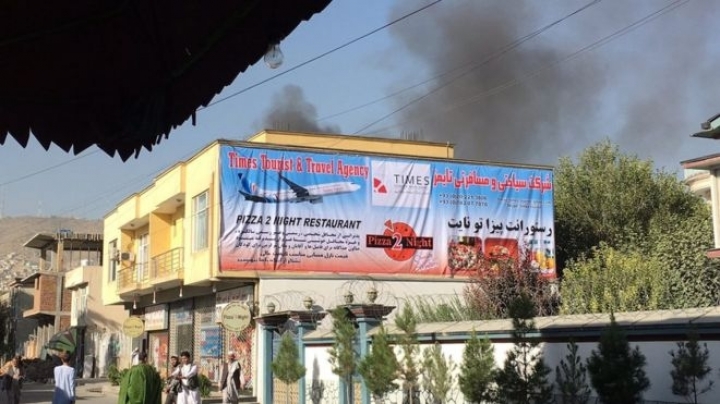 An attack on the offices of an international charity in the centre of the Afghan capital, Kabul, has left at least one civilian dead, officials say.

Gunfire erupted when three armed men stormed the building of the aid group Care in the Shar-e-Naw area following a car bomb explosion.

All attackers were killed. No group has admitted carrying out the attack, the fifth to hit the city in 24 hours.
Taliban militants have increased their attacks in Kabul recently.

A series of blasts claimed by the group killed at least 24 people and wounded nearly 100 others on Monday.

An army general and two senior police officers were among the dead, a ministry of defence spokesperson told the BBC.

The latest incident struck a prosperous business and residential area of Kabul.

A government spokesman told the BBC that six other civilians were injured in the hours-long standoff.

Some 42 people were rescued during the operation, including 10 foreigners, he added.

The recent attacks highlight the deteriorating security situation in Afghanistan, which has left dozens of civilians dead.