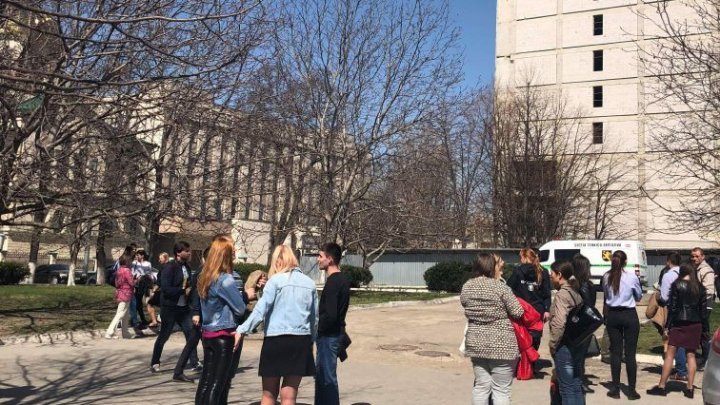 The bomb alert raised at the Center Court today was fake, again.

According to law enforcement, the person who alerted the police has not yet been identified.

"At the moment, it is a false alarm because there were no explosive suspects detected in the building. At the moment all the measures are being taken to determine who informed this alert," said Natalia Stati, press officier of Police capital.

People though it was probably a joke, like in the past.

"We're not scared. We have a lots of works. It's not good definitely as they're damaging the properties of the state".

"It's usual. We've seen this alert several times. It's just a joke."

PUBLIKA.MD reminds that this is the second bomb alert raised at the Chisinau Court Center Court in two weeks.

The latest fake alert was informed on March 26, by Eduard Rudenco, lawyer of raider number 1 of the CIS, Veaceslav Platon. Rudenco denies the accusation.