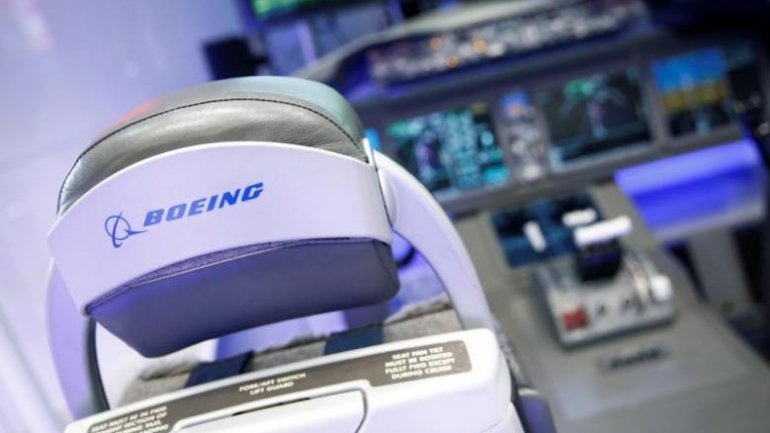 Boeing Co on Wednesday beat profit expectations in the third quarter despite declining revenue and notched up its sales forecast for the full year, saying it planned to deliver more jetliners than it originally thought, reports Reuters.

Factoring out a one-time tax benefit, the results showed the impact of cost reductions and leaner manufacturing at the world's biggest plane maker. Boeing is cutting costs to boost profit margins and compete for orders against European rival Airbus amid slowing jetliner sales.

Deliveries were down nearly 3 percent from a year ago, reflecting slower production of profitable 777 and 737 models.

But Boeing raised its target for jetliner deliveries for the year to between 745 and 750 from 740 to 745, and kept its operating cash flow target of more than $10 billion unchanged.

The additional planes will boost revenue by $500 million, Boeing said, prompting the company to raise its year-end revenue target to between $93.5 billion and $95.5 billion.

The closely watched deferred production cost balance for Boeing's 787 Dreamliner, a tally of the manufacturing costs not yet recouped by sales, declined about $150 million in the quarter to $27.5 billion, reflecting the fact that the high-tech plane is now profitable by some accounting measures. The balance peaked at $28.7 billion in the first quarter and has declined since then.

Core earnings, which exclude some pension and other costs, rose to $3.51 per share from $2.52.

Both figures included a special gain of 70 cents a share, reflecting a tax benefit Boeing received by claiming more depreciation on plants and equipment than it had previously.

Factoring that out, core earnings were $2.81 a share, compared with the average analyst estimate of $2.62, according to Thomson Reuters I/B/E/S.