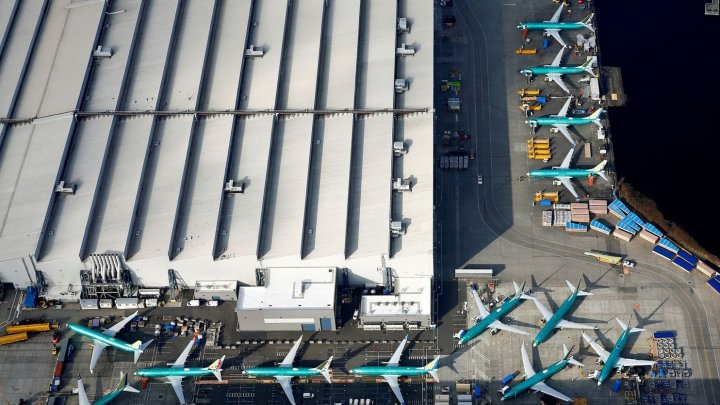 In the weeks since Boeing 737 Max jets were grounded worldwide following a pair of catastrophic crashes that killed 346 people, the company has focused its energy on returning the embattled new jet to service, reported washingtonpost.com.

It cut its production rate so it could devote more resources to a software fix it hopes will satisfy regulators in the United States, China and Europe, and convened meetings to update the aviation industry on its progress. Airlines are telling customers they expect the planes to be cleared to fly again before September.

But a survey released Tuesday suggests that the flying public could prove to be the plane’s toughest critics. A steady stream of negative headlines has sapped confidence in the Max’s safety credentials and investors are beginning to worry that customers might avoid the new jets even after regulators return them to the air.

In a survey of 1,765 fliers conducted by Barclays Investment Bank, 44 percent of respondents said they would wait a year or more before flying the 737 Max, compared with 39 percent who said they would do so within a few months of its reentry into service.

Barclays downgraded its rating for Boeing stock on the basis that “a large portion of fliers are likely to avoid 737 Max for an extended period beyond when the grounding is lifted,” Barclays analysts wrote in a note to investors. Boeing stock dropped by almost 4 percent Tuesday, tracking along with a broader market sell-off.

Boeing executives’ public statements have become increasingly apologetic as evidence has mounted that an automatic anti-stalling feature added into the Max jets played a role in both crashes.

“We at Boeing are sorry for the lives lost in the recent 737 MAX accidents,” Boeing CEO Dennis Muilenburg wrote in early April. He later wrote: “I cannot remember a more heart-wrenching time in my career with this great company.”

In a recent call with investors, Muilenburg said the company is working with specific airlines to develop tailored plans to address customers’ concerns.

“The confidence of the flying public is very, very important to us,” Muilenburg said.

Analysts at Barclays expect customer fears to be more than a momentary blip in Boeing’s business. Barclays analysts expect airlines to snap up about 200 fewer of the jets in 2019 and 2020 compared with what had been expected before the grounding, as airlines shy away from a jet associated with two deadly crashes.

Although few commercial travelers pay attention to planes’ technical idiosyncrasies, there are ways to check the plane model before booking a flight. In the frenzied days leading up to the jet’s grounding, the online flight aggregator Kayak promised to introduce a data filter that allows customers to sort their flights by plane model, allowing them to exclude Max jets if they wanted to.

It is unclear, however, whether fliers will be willing to pay more to fly on a different plane. Teal Group analyst Richard Aboulafia said he thinks the numbers released by Barclays “mean absolutely nothing,” because customers are ultimately more concerned about convenience and price.

“The big wild card that could mean bad news for Boeing is social media,” Aboulafia said. “But the good news for Boeing is that memories fade very quickly ... and it’s unlikely that the choice between 'Max’ and ‘no Max’ will have no penalty attached ― it could mean flying at an inconvenient time, changing planes somewhere, paying more.”