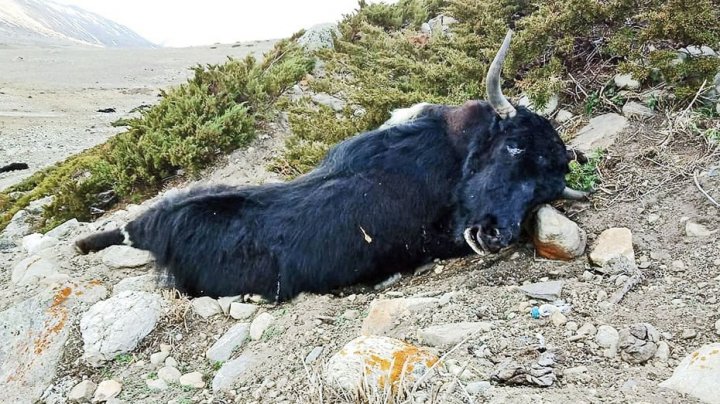 About 300 yaks have starved to death since December in Muguthang and Yumthang in North Sikkim district, with heavy snowfall having cut the region off for months, reported telegraphindia.com.

District officials said on Saturday they had found the carcasses “four-five days ago” after the snow melted and the region became accessible again.

“About 250 yaks were found dead in Muguthang and another 40 to 50 in Yumthang,” collector Rajesh Kumar Yadav said.

A team of veterinarians too has arrived in the region to treat the surviving yaks, Yadav said.

Yaks are employed to ferry supplies for the army and border police posted at high altitudes where there are no roads. Local people said the animals die of starvation every year, but not on such a large scale.