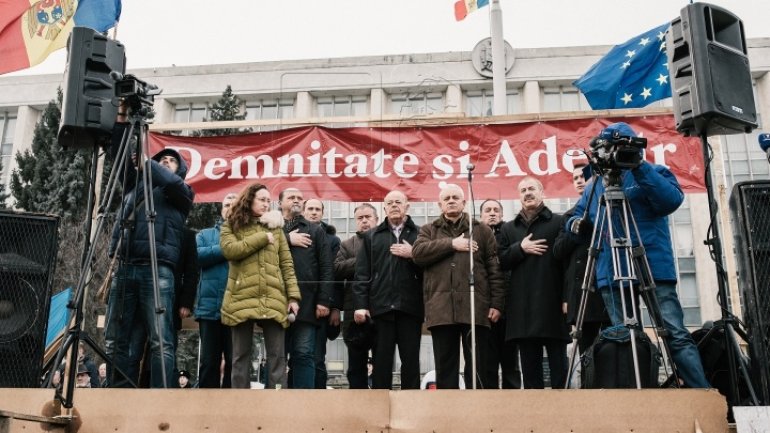 25 leaders of the DA Platform Party from Orhei district have announced today they leave the organization led by Andrei Năstase.

The statement has been made at a sitting of the territorial branch of the party by Leonid Globu.

Deschide.md portal got the statement of those 25 leaving leaders, in which they explain the motives for doing so.

PUBLIKA.MD specifies other DA leaders from Orhei left the party on January 16, accusing Andrei Nastase of using the money to build his image.

Also veterans of the Independence War left the DA Party back in July 2016, saying they were unhappy that the Civic Platform turned into a political party.

"The war veterans repeatedly addressed the platform leaders to punish the people guilty of taking the donated goods and money. The veterans are the most honest, they know what having dignity and truth mean, and they to leave that party," said Ion Levinţa.

Last August, the chief of the Chişinău territorial branch of this party, Nicolae Gârbu, left it. He expressed his dissatisfaction with Andrei Năstase’s actions, describing them as authoritarian and anti-democratic. Moreover, Garbu accused Năstase of manipulating the citizens’ woes to his interests.