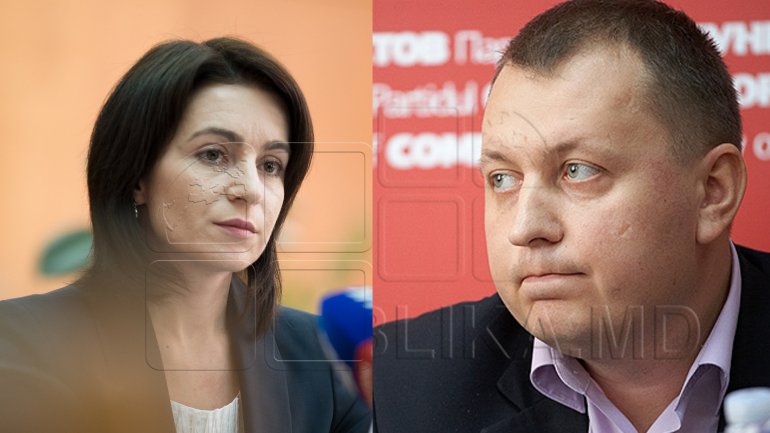 The leader of the extremist organization ANTIFA, Grigore Petrenco, consults Maia Sandu in organizing the protests. The blogger Eugen Luchianiuc writes about it.

Petrenco allegedly attended a sitting at the PAS headquarters last night. Today, Maia Sandu could not answer exactly whether the leader of the extremist organization had attended the sitting.

"I know there was a meeting of the people responsible with the coordination, every team should delegate its people to this group, at this big protest. I don’t think Petrenco was in our office. He has very political views, I don’t think he was in the office when I was there," Maia Sandu tried to specify.

According to Eugen Luchianiuc, a series of leaders of the extra-parliament opposition parties and of NGOs attended that sitting.

They talked about the reasons of the diminished turnout, the failure of the protests in front of the Parliament and about the citizens’ displaying low interest.

Grigore Petrenco has also held a news conference today and has talked about the protests.